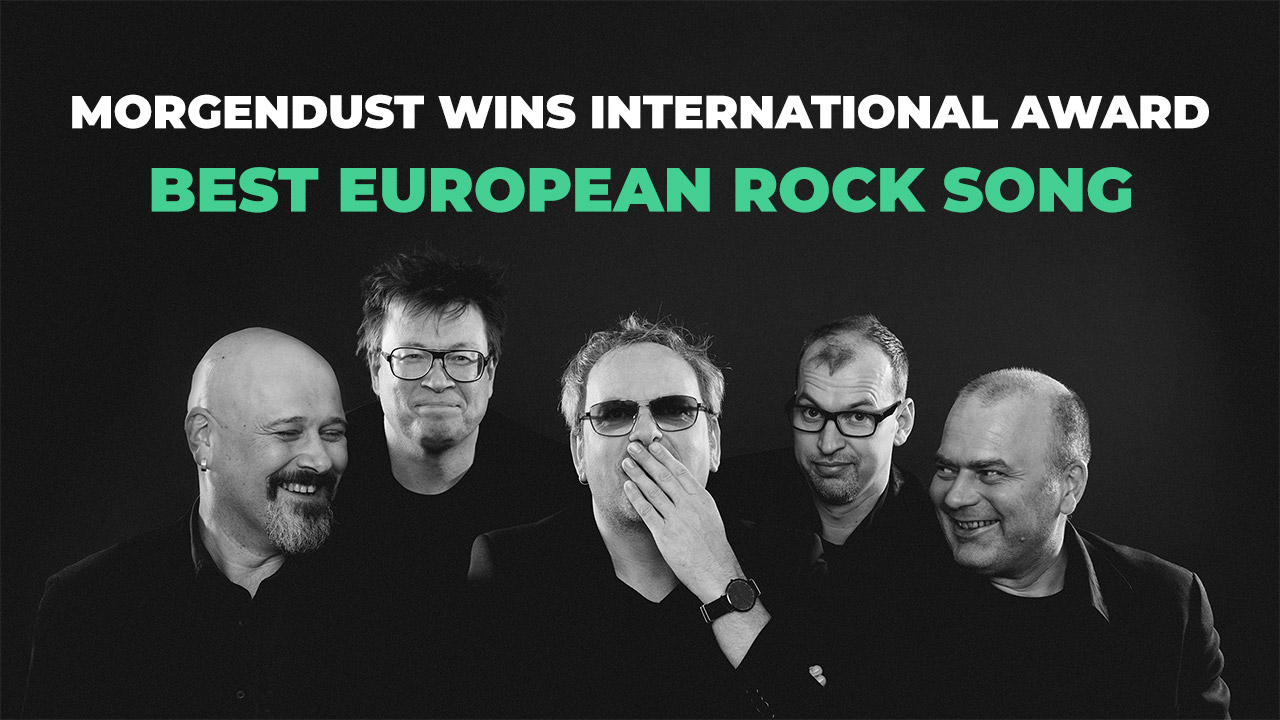 Out of 1100 submissions, among them around 220 European, Morgendust won the prize for best European rock song. ‘The recognition we get for originality and quality is a crown on our work’, says Iwan, producer and keyboard player in Morgendust. We want to make as many contacts as we can via ICMA, for they are known for their collaboration with different guru’s of the international music industry’.

Apart from still not playing live, 2021 is becoming a pretty good year for us’, says Marco, lead singer of Morgendust. Their latest track easy Way Out came out in June and has more than 5K streams on Spotify and with Storm Will Come, released on the EP with the same name in 2019, the band from Zwolle, Netherlands, has an international prize, the InterContinental Music Award (ICMA) for best European rock song.

The InterContinental Music Awards hands out annual prizes per genre, type of performance and per continent since 2011 and has set it’s goal to promote and support musical talent. Winners get, besides the award, a diverse package of prizes which could benefit their career. Think of 1 on 1 coaching by a member of the selection board, a chance to pitch your music and get in contact with high-ranking people from the music industry.

Marco: ‘The judging panel consists of amazing music gurus who produced and wrote for acts like Miley Cyrus, Selena Gomez, Bella Thorn, Westlife, Gloria Estefan, Celine Dion, Ricky Martin and many Grammy nominated artists as well as companies such as NBC, Warner Bros, MTV, Netflix, CBS and Sony. It’s an honor to see him picking our track as a winner as far as it comes to originality, melody, harmony, composition and quality!

Morgendust makes music because it’s in their genes. Their songs are about loss, growing up, love or the absence of it, the world around us. Started in 2018, released their first EP in 2019 and in 2020 and 2021 they released 4 singles with accompanying videos. Hands from 2020 is their major release on Spotify, but has  a slightly different sound. The band calls their sound ‘80 style indie rock.

We use cookies on our website to give you the most relevant experience by remembering your preferences and repeat visits. By clicking “Accept All”, you consent to the use of ALL the cookies. However, you may visit "Cookie Settings" to provide a controlled consent.
Cookie SettingsAccept All
Manage consent

This website uses cookies to improve your experience while you navigate through the website. Out of these cookies, the cookies that are categorized as necessary are stored on your browser as they are essential for the working of basic functionalities of the website. We also use third-party cookies that help us analyze and understand how you use this website. These cookies will be stored in your browser only with your consent. You also have the option to opt-out of these cookies. But opting out of some of these cookies may have an effect on your browsing experience.
Necessary Always Enabled
Necessary cookies are absolutely essential for the website to function properly. This category only includes cookies that ensures basic functionalities and security features of the website. These cookies do not store any personal information.
Non-necessary
Any cookies that may not be particularly necessary for the website to function and is used specifically to collect user personal data via analytics, ads, other embedded contents are termed as non-necessary cookies. It is mandatory to procure user consent prior to running these cookies on your website.
SAVE & ACCEPT